Global site tag (gtag.js) - Google Analytics It's not you, it's me. | North by Northwestern spring 2018 Magazine 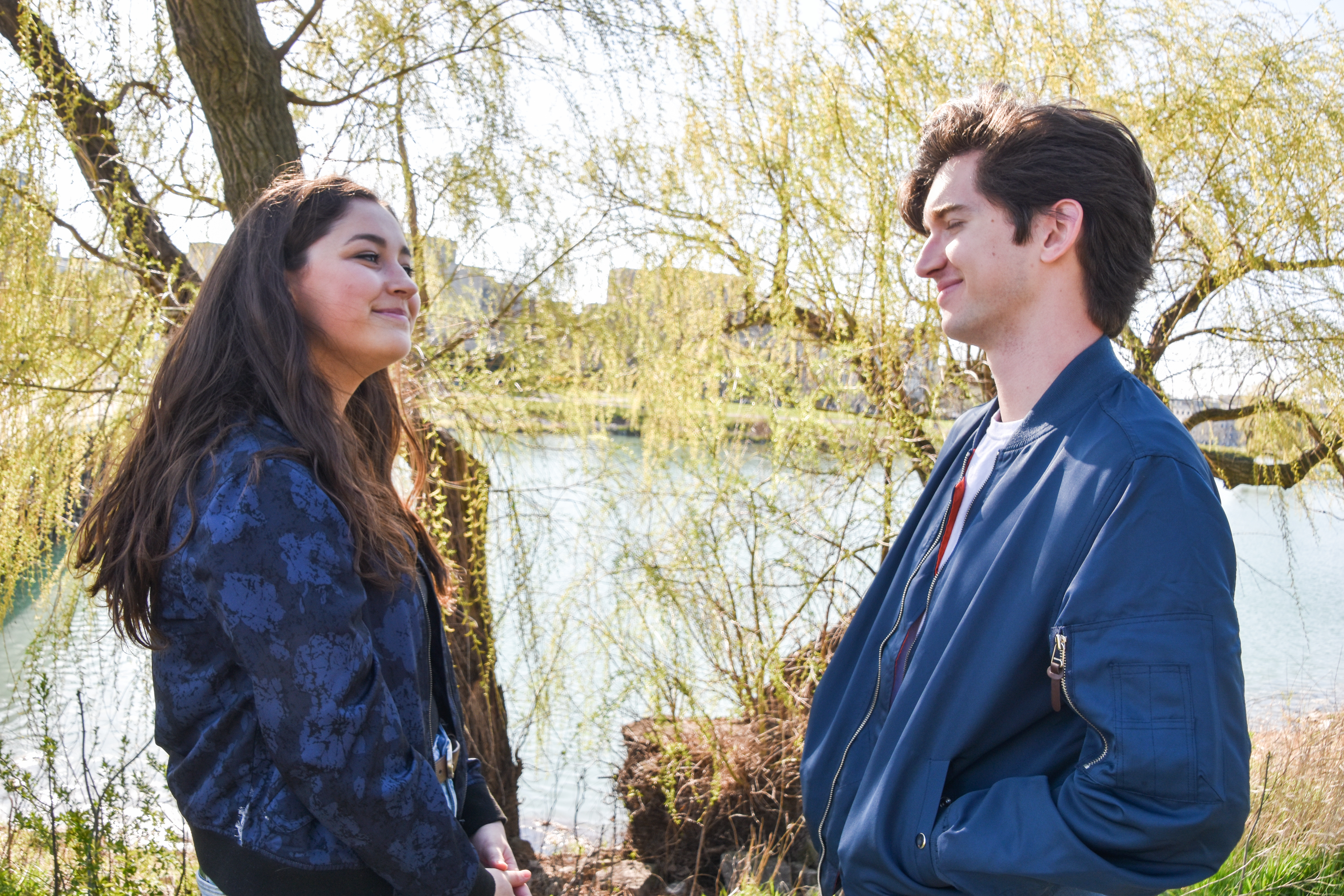 NBN: When did you guys start dating and how long was your relationship?

Ben: I think it was the second week of freshman year fall quarter. Umm, it lasted around, like, what, nine months?

Ben: ‘Til the last day of finals spring quarter.

NBN: What was your favorite memory?

Maddy: We went to a couple really good concerts together.

Ben: Yeah, a lot of like, watching movies, and shenanigans with friends – we were all in a friend group that kinda got really close early on freshman year.

Maddy: It was fun to be freshmen together and do all the freshman-y things.

Ben: Everything on campus was pretty novel, so to do it together was pretty fun.

NBN: Why did you guys decide to break up?

Maddy: I guess it was sort of my end of things. I kinda got to a place where I felt like things were really, really serious, and that kinda freaked me out. I felt like I didn’t really see any like reason that we would ever break up, and I was kind of in a place where I thought that I needed to have more of a stereotypical college experience, so just based on those things I did my best to end it as amicably as possible.

Ben: [laughs] And we’re here doing this photoshoot, so I’d say things… in a while, it made sense. It was good to also have the summer to kinda have that space to think things over. I realized it was probably what was best.

NBN: Is there anything you regret not doing or not saying to each other?

Ben: Right before this photoshoot we were talking about how we didn’t really do that much outside of campus. We didn’t go into the city all that much. A lot of it was just kind of hanging out in one of our dorm rooms, like going to parties and stuff on campus. So looking back, at the time that was fun, because at the time that was all novel and new, but I think being a little more adventurous would have been more fun.

Ben, later: Oh wow, my other ex is on the lakefill right now, too.

This interview has been edited and condensed for clarity. 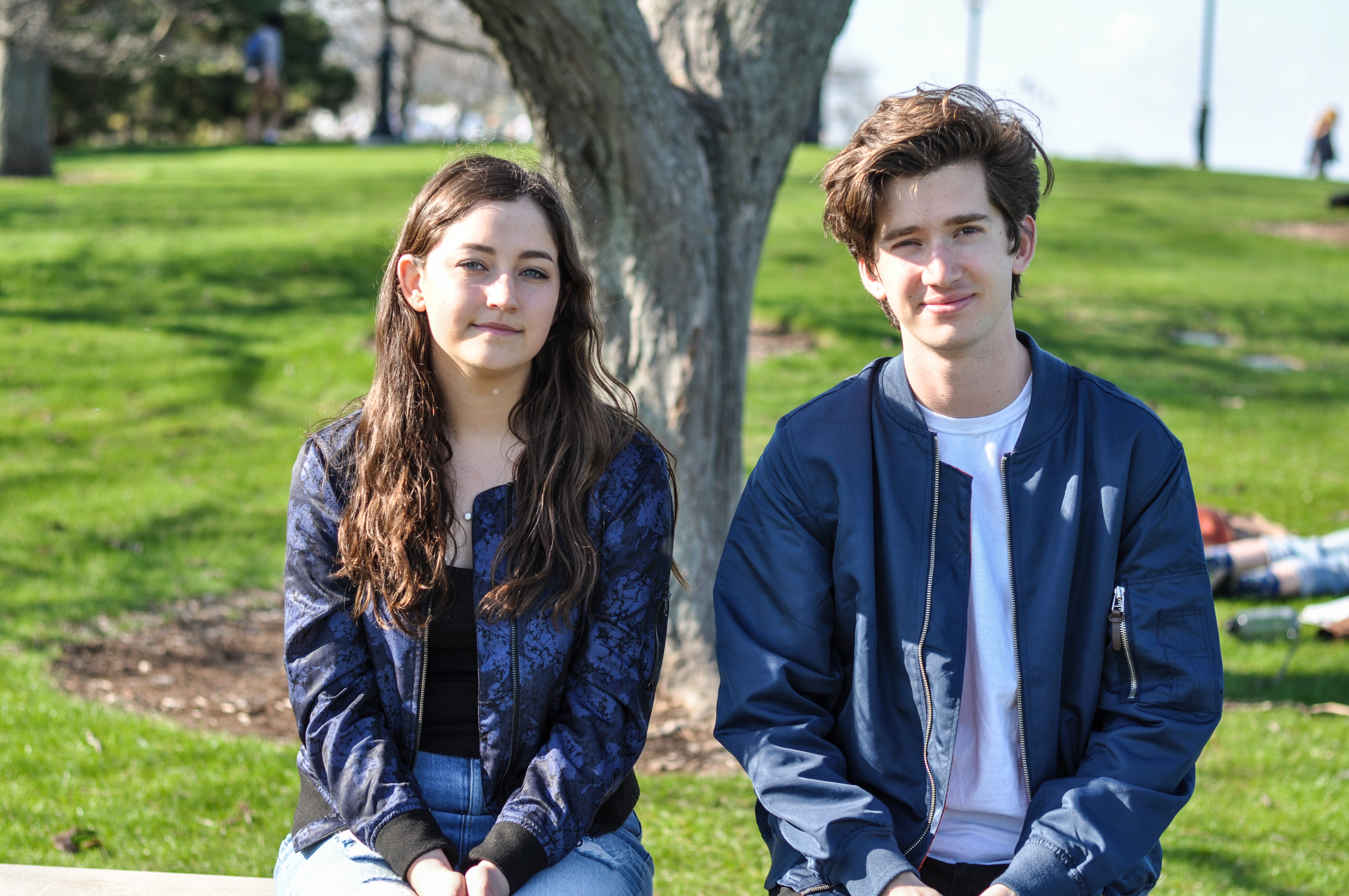 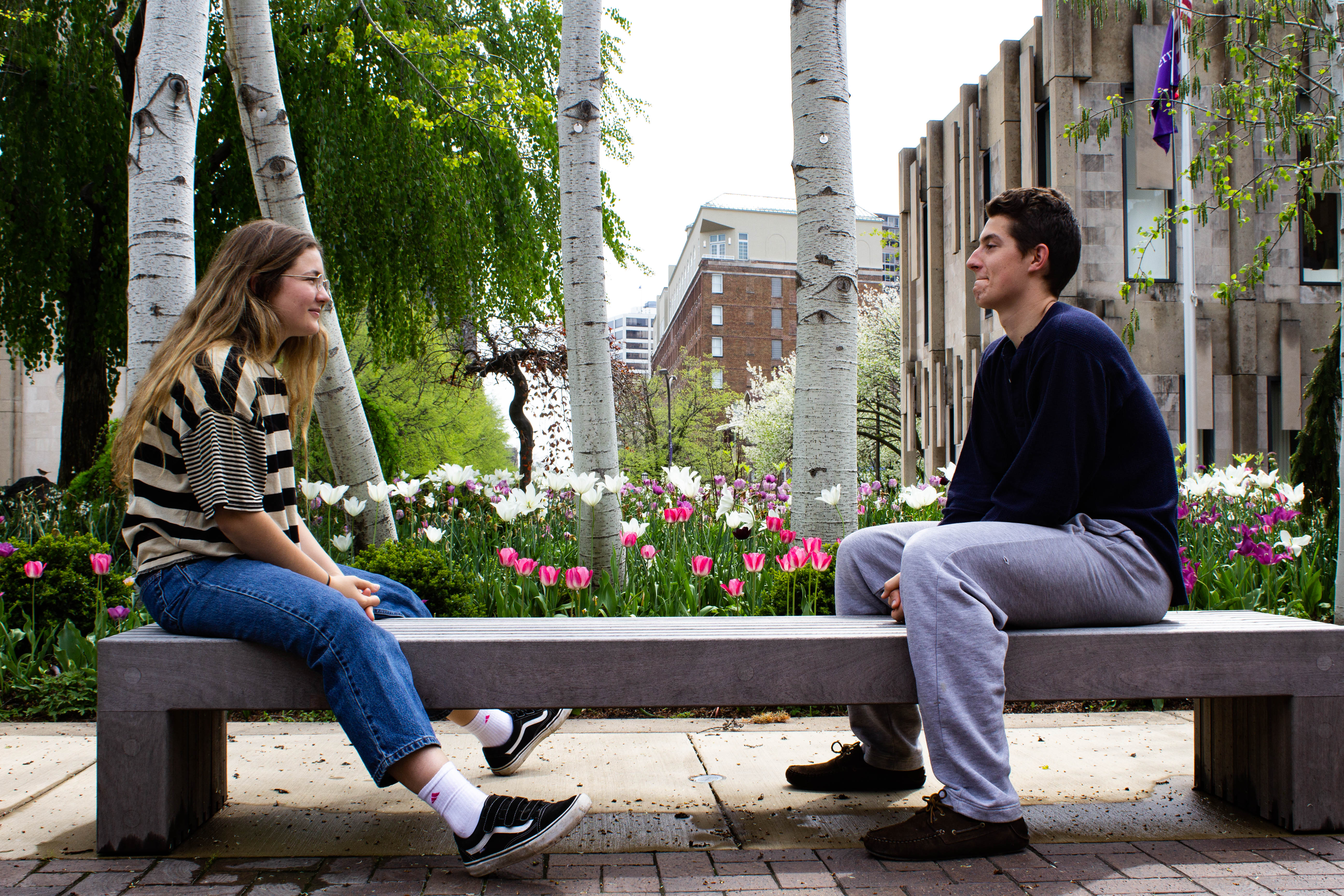 NBN: How long did you date?

NBN: What is your favorite memory from the relationship?

Dylan: That’s hard. What do you mean by best?

NBN: The one that speaks to you the most.

Dylan: [laughs] Pike America is definitely up there. Yeah, it was like the first time we hung out.

Dylan: We were out late just playing around, talking. It was cool.

NBN: What was your least favorite memory about the relationship?

Dylan: Uh, dealing with all the drama—

Katrina: At the beginning, there was a lot of drama. Not between us, but like, some other girl thought they were talking or something that I didn’t know about.

Dylan: Yeah, just some third party stuff that we unintentionally got mixed up in. 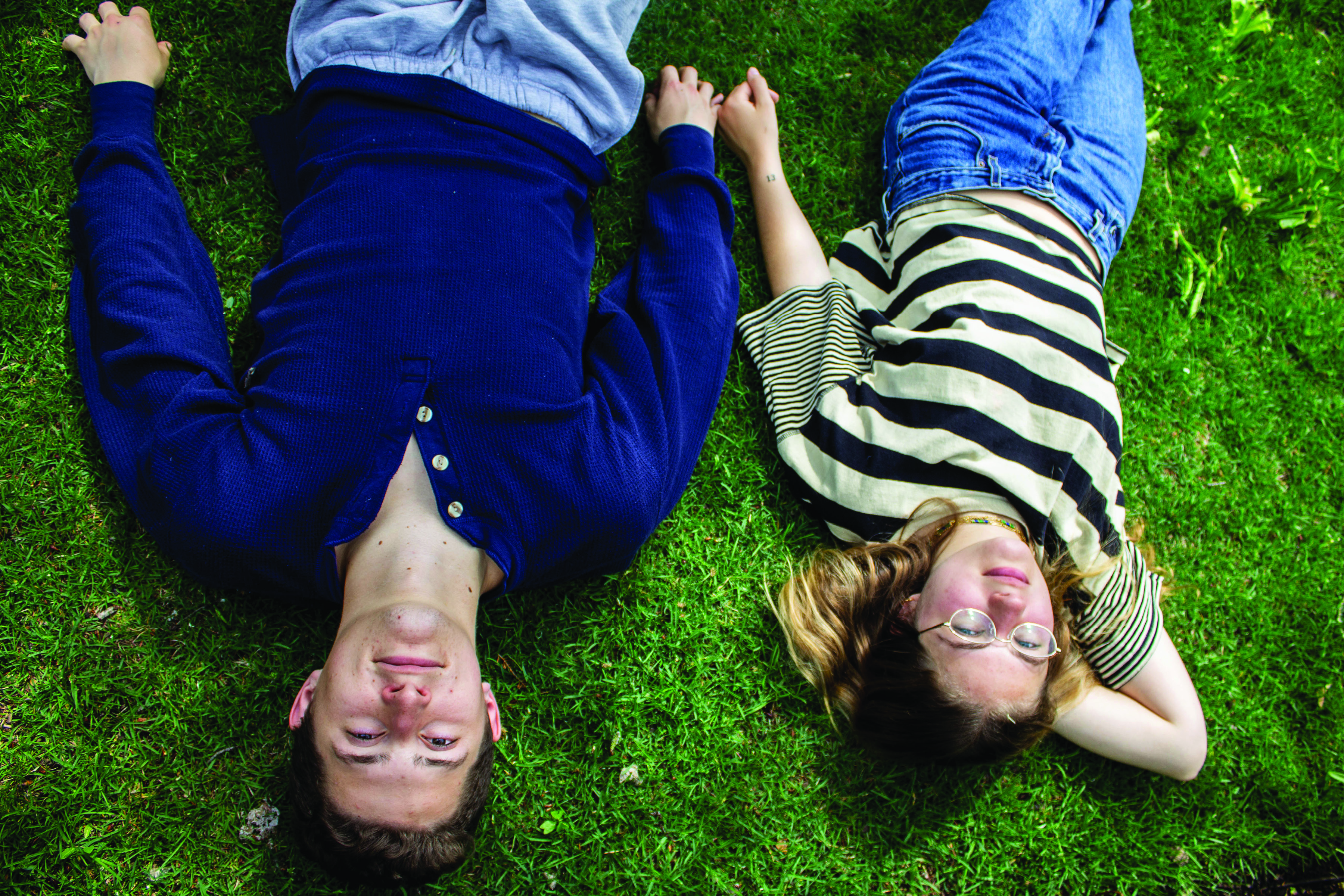 NBN: What’s your favorite quality in one another?

Katrina: Dylan’s happy like 100 percent of the time. That’s nice. And down to hang out all the time.

Dylan: Yeah. Down to earth, good vibes. Always like a welcoming personality.

NBN: Why did you break up?

Dylan: We rushed into it. We both just – it just kind of like fizzled out and we were like “Ok, whatever.”

Katrina: It was just kind of like too good at the beginning. Later on it was like, “uh, I don’t know.”

Dylan: It just got too tough to keep up. I guess. I don’t know. Different schedules.

NBN: What would you say you are to each other now?

Dylan: Yeah. Best friends, I’d say. Somebody that I trust to talk about pretty much anything with still.

This interview has been edited and condensed for clarity. 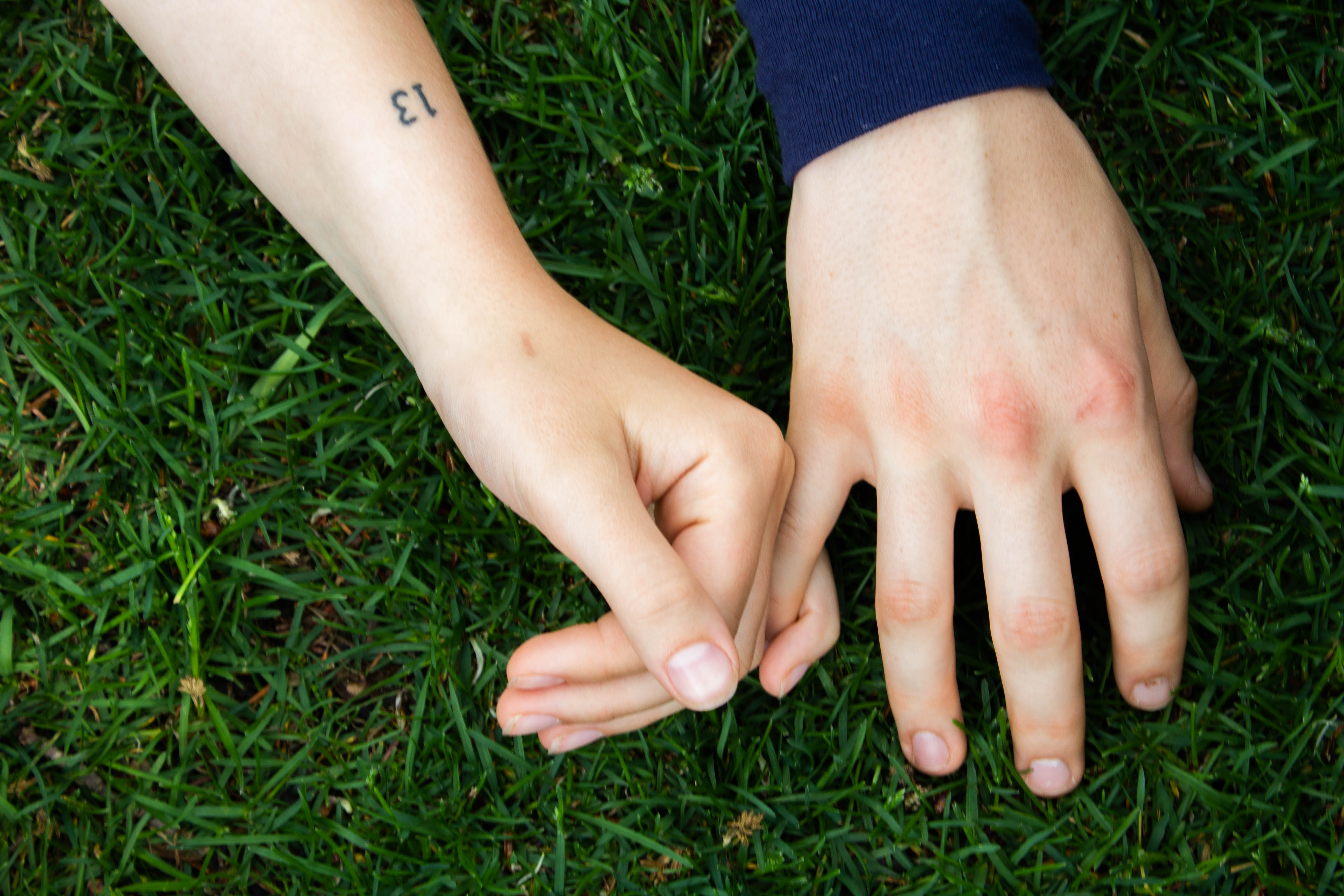