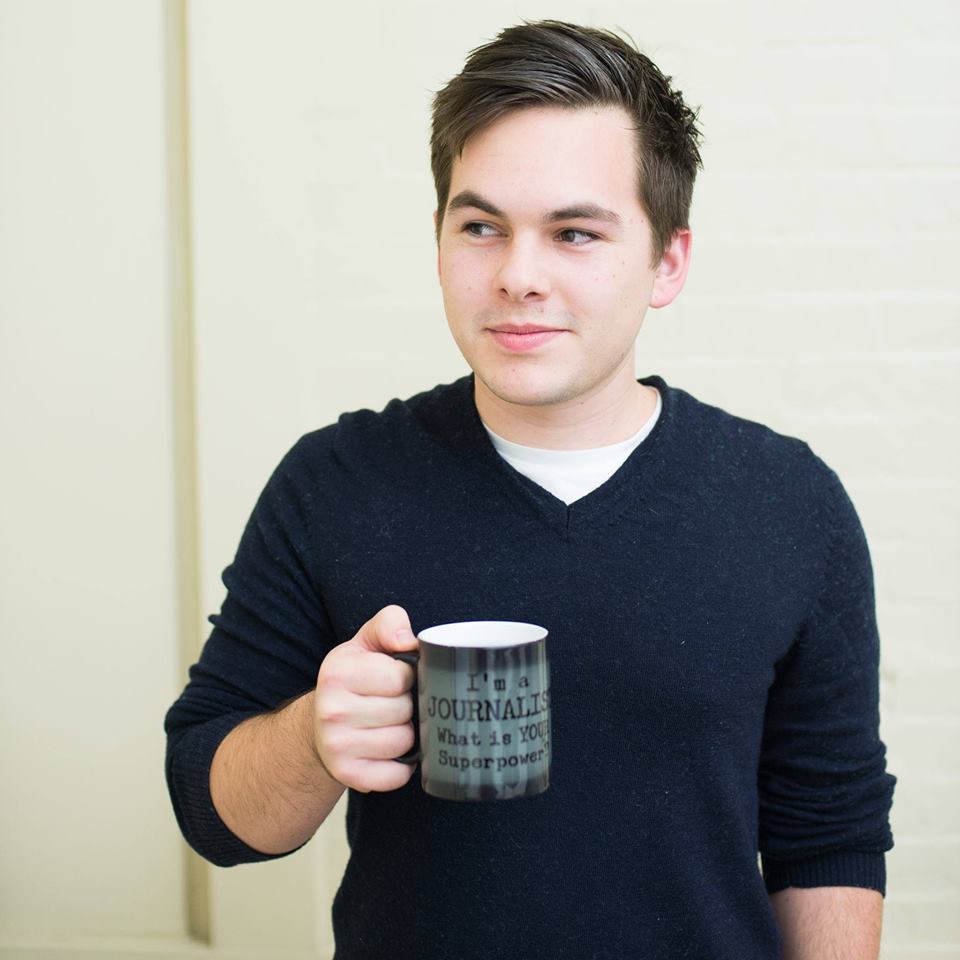 Nicholas spent four years chilling with NBNteractive and still somehow ended up in video. He’s been an interactive editor, a copy editor, an assistant managing editor and a mag contributor.

The view of the mountain is intoxicating. Dense and green during the summer, bright with reds and yellows during the fall, cold but immaculately gray and white during the winter, sunny and pink during the spring. You’re not there just to look, though. You’re there to climb. And standing at the base, you have no idea what you’re in for.

Now, having gone through J-school and learning, by all means, never to write with clichés, I know this sounds like one. Of course going through college is like climbing a mountain. It is tedious, exhausting, a great source for Instagram pics, constantly making you wonder why you’re subjecting yourself to it all, but still fostering a sense of accomplishment when you reach the top.

That’s all part of it. But that’s not the point.

With nowhere to go but up, you start climbing. Not straight up, though. Unlike some mountain climbers, humans aren’t made to walk up sheer cliffs. Instead, you follow along a sequence of serpentine paths carved into the side of a mountain, zig-zagging back and forth, seemingly going on for miles, only ending when they near the summit.

These paths, called switchbacks, resonate with me as a symbol of my journey through college. I constantly doubled back on myself, with academics, with extracurriculars, with my friends and my career. And at the beginning, I constantly questioned whether that was a problem.

Was I making mistakes by backing out of things I didn’t feel were worth continuing? Like, should I stick with the cycling team? Would I make more friends if I stay in a residence hall for another year? Should I drop out of photojournalism? Would I be better prepared for my career if I continue with the news/online track? Should I join the Daily?

OK, I never considered joining the Daily. I knew I would join NBN before I even got to Northwestern. But I really did question myself about the rest. When trying new things, it’s hard to see how they’ll pan out, just like how with climbing a mountain, it’s hard to see how to get to the top when looking up from bottom.

At the end of one path, there’s a U-turn heading right back the other way. The time spent climbing, the soreness, the exhaustion, all just to turn back. Was that progress meaningless? If the mountain were horizontal, it would be. But there’s another dimension to it. Where you lose progress horizontally, you gain vertically. And the goal lies above.

The thing is, I came to realize that when I did double back on something I lost interest in or didn’t feel was worth continuing, it was for a good reason and ultimately lead to better alternatives.

If I’d continued with the cycling team, I wouldn’t have spot-op’d for the Dolphin Show and met my best friends. If I’d stayed in a residence hall an extra year, I would’ve missed out living in an apartment with them (and spent way more money in the process). If I’d dropped out of photojournalism, I wouldn’t have near the amount of confidence and eye for visuals I do today. And if I’d stuck with the news/online track, I couldn’t have focused my studies on making videos, a process which has grown into a passion and opened so many doors for me since.

Identifying when something no longer makes sense to continue is an important skill to develop. It’s a skill that has helped me establish my priorities in life as well as given me an idea of what to do with that life. I know the decisions I made during college have helped lead me to where I am now.

I have one little caveat, and it’s a point I want to make clear. It’s still important to try working on and doing different things, even if you ultimately switch back on them. You have to start on a path first before you can determine whether it’s right to continue.

That said, having graduated and finally reached the summit, I can see the path I trekked was meant to have points where I needed to turn around. Sometimes, doing a 180 is exactly what is necessary to get moving in the right direction.

At the summit, the view still exhilarates, but this time you can see the entire mountain, and the world beyond it. Looking down, the path seems so obvious. Even if it wasn’t intentional or exciting or easy, it still brought you to the summit. And that’s an accomplishment no one can take from you.