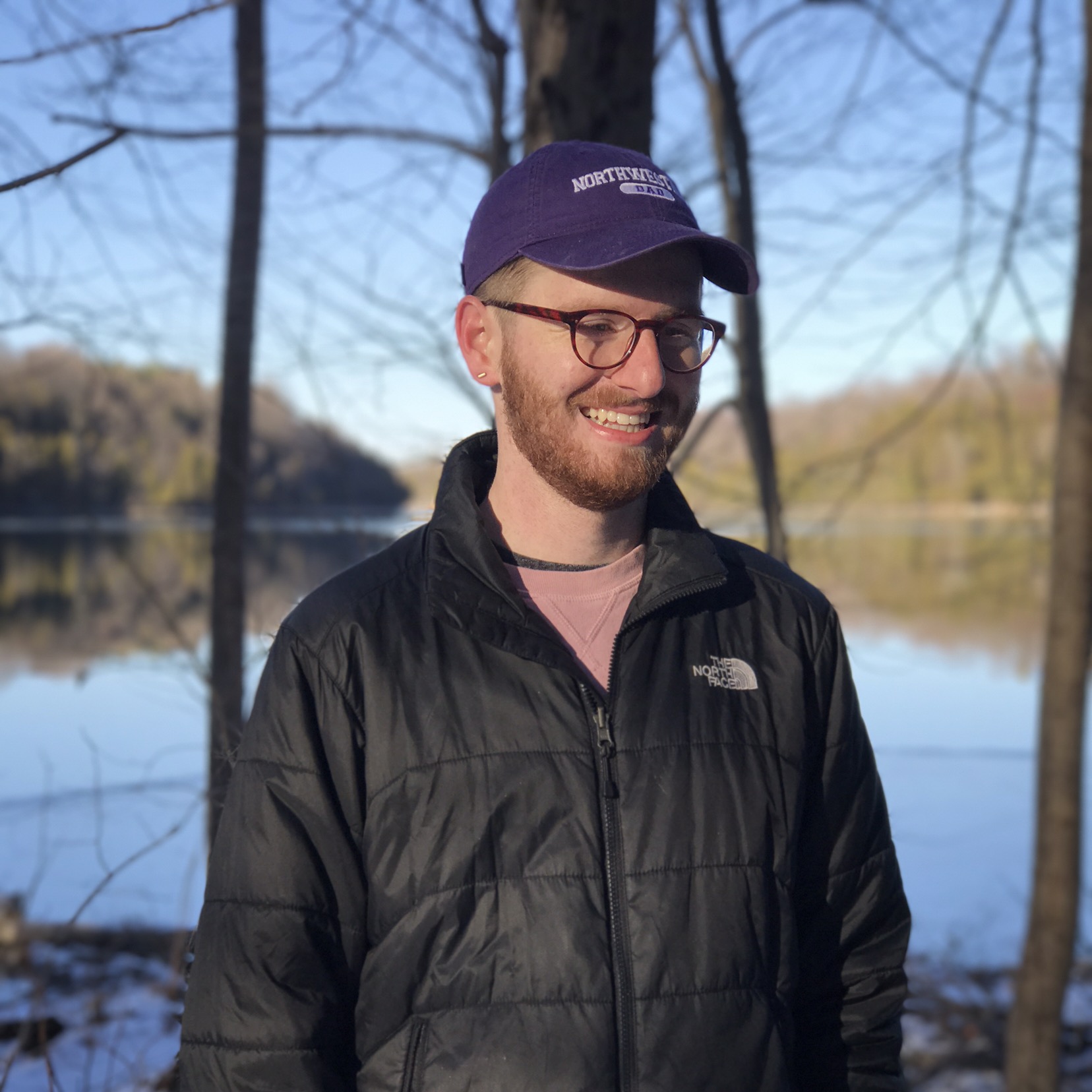 Morgan wrote lots of emails nobody read. He served as editor-in-chief, interactive editor and at least two other kinds of editor he doesn’t remember. Oh, and he thinks Dance Marathon is stupid (sorry DM exec :////).

Over the last year, I’ve driven probably 10,000 miles across half a dozen road trips. Few of them were scenic, most of them were alone, and, while the diversity of America’s truck stop bathrooms never ceased to amaze, one thing was always the same: Somewhere around the second loop of Emotion – the best of my car’s three CDs – the highway hypnosis set in. I stared ahead, focused on that white line and rolled up at the next place feeling like I had blacked out.

Lots of people fall into this weird, subconscious haze while driving. A conductor recently blamed it for his train's derailment, and truckers have to be mixing cocaine, meth and LSD for a reason. The more I dwell on it, I think it’s probably the best way to frame my days in Evanston – a walking, living version of that so-2016 meme where the dog calmly sips his coffee while the room is on fire. “This is fine,” the dog says with a blank look.

In other words, "College was fine." I’m sure I had good times and got a lot of shit done, but I won’t lie and say much of it registered. Not enough, at least. I find it pretty easy to get to my destination when I settle in and stare off into that middle distance. And while scouring NBN for oxford commas was a noble pursuit, I can’t help but wonder if it was merely a productive distraction on my way to here, The End.

Yes, there were moments along the way when I broke the trance, usually at the end of each quarter. In the winter, I’d use those gaps to linger in Wilmette Harbor and listen while the ice crackled. In spring, I would walk up and down the shoreline examining the waves from every angle possible, almost to make sure they were real. Apparently there are 24 trillion bathtubs of water splashing against our campus, and most of the time I (actually) forgot they were there; neither Periodicals nor McTrib 2-101 has a view of Lake Michigan.

They say most people don’t realize their highway hypnosis until some jerk cuts them off or a bird hits the windshield, and that sounds about right. I’m off the steady Week 1, Week 2, Week 3, Week 4 march toward oblivion. Now is just… now, and it’s hard to even conceive what that means. To complete the sucker punch, my dermatologist decided Accutane – cheerfully referred to as “the scorched-earth acne solution” – would be a lovely graduation gift. Nothing quite like your face melting off bit-by-bit to force you to look up and reexamine your priorities!

So what’s my beef? Where does my finger point? Not at Northwestern. Rather, the blame is on myself for allowing the pressure of this place to enable my worst workaholic tendencies. There is a part of this university that says we are what we do, and if we do something well, that makes us worthwhile. That’s certainly true! But once something is accomplished, a normal person – a smart person – would pat himself on the back, walk away and crack open a cold one with the boys. He would marinate in the simple goodness of that cheap beer. He’d wake up with regrets but also a smile. I did those things, of course, but it was always with a sidelong glance at my gCal and a trigger-happy finger pulling down to refresh my inbox. It’s much harder to share yourself with others than it is to send a reminder email to your listservs.

Moments like graduation ask you to pretend to some utter clarity. Clarity, it turns out, is hard to achieve while you’re trying to sublet your shitty Evanston house that smells like Chicken Shack and start a new job and field the incessant question of “What’s next?” from every adult you encounter. That said, I’m trying, and I’ll probably find clarity as soon as I answer that question with a ¯\_(ツ)_/¯ rather than a hypothetical life plan. For once, I’m not going anywhere. I’m here, back in Texas where those road trips ultimately led, and the answers are all right in front of me. I just need to look.