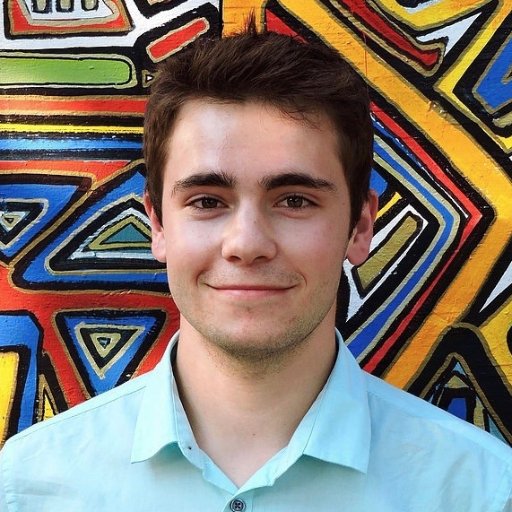 Jasper was NBN's print managing editor, among other things. He misses carrot jokes and eating chocolate pretzels at mag meetings.

For whatever reason, I always wanted to know exactly what my future held. It seemed simple in high school: get into Northwestern, become a sports broadcaster and call San Francisco Giants games on the radio until my dying breath. Even after I moved away from broadcast journalism and then dropped my sports writing ambitions, my instinct remained to plan everything out to a T. I continued to construct grandiose visions of the future, often failing to remain present.

When my passion for sports writing faded, my love of sports did not. I worked for the Northwestern athletic department for four years and received a close-up view of what made me follow sports in the first place: unpredictability.

We just witnessed a wildly unique period in Northwestern sports history, an era peppered with euphoric highs and cataclysmic lows. It’s funny how distorted some of my memories have become over the last couple years, but a few stand out. I remember the crushing disappointment of watching Northwestern lose 38-0 to Michigan junior year, the first loss in a season where the 'Cats won half their games by a touchdown or less. I remember sitting behind the Northwestern bench freshman year when Chris Collins' first team scored just 32 points against Penn State in the home season finale. It was the seventh straight loss of an abysmal Big Ten season. Three years and six days later, "Northwestern" flashed across the Welsh-Ryan Arena big screen as the final eighth seed in the NCAA Tournament, a surreal moment built on 78 years of futility.

Maybe it was my constant exposure to the volatility of NU sports, or maybe it was something else entirely, but somehow reality finally set in: I accepted that many aspects of my life were out of my control, and that I needed to embrace randomness. I wrote a feature for this magazine about NU students experimenting on solar cells in zero gravity without a clue what I was doing. I tried political reporting in Washington, D.C, for a quarter and loved it; moving way outside my comfort zone was humbling and forced me to focus on what was in front of me.

Looking back, I rushed through my years at Northwestern more than I should have. I never stayed on campus for back-to-back quarters after sophomore year, an oddity that robbed me of conventional college life. My lifestyle, best described as nomadic as I shifted from city to city every three months, was destabilizing, and I felt as if I had to move each time I got in a groove. But the space from campus helped me recognize the problem with my constant focus on what was next. I found that I was doing things I really enjoyed, without the distraction of classes I didn’t care about, and threw myself into it.

In sports, it’s nearly impossible to lay out a roadmap for assured success because everything is so variable. Injuries can happen at the most inconvenient times. Baseball players might randomly forget how to throw a ball. Forgotten bench players become like the Monstars from Space Jam at crucial moments. If you followed Northwestern sports during the last few years, you know exactly what I’m talking about. And really, how is that different from most other things in life?

I’ll end by saying I wish I hadn’t stressed over incidents not worth stressing about and spent more time relishing people and experiences that will soon no longer be a part of my life. At times, I buried myself in work and extracurriculars beyond what was reasonable. But I loved my (brief) time at Northwestern. I learned to write, found out what writing and tenacious reporting can accomplish and discovered that I’m passionate about telling stories in some capacity. I still don’t know exactly what I want to do. But the last four years have taught me that doesn’t really matter right now. Mostly, I’m excited to stop breaking my life up into 11-week lumps of time, something that will create even more unpredictability. I know I have some control over where my future leads – but not as much as I’d like. And that’s a good thing.